As I’ve mentioned in recent posts, VMware’s Container Service Extension 2.0 (CSE) has recently been released. The big news around the 2.0 release is the ability to provision Enterprise PKS clusters via CSE.

It’s important to note that CSE 2.0 has a dependency on Python 3.7.3 or later. I had some trouble managed different versions of Python3 on the CentOS host I used to support the CSE server component. I wanted to document my steps in creating a virtual environment via virtualenv utilizing Python 3.7.3 and installing CSE Server 2.0 within the virtual environment.

virtualenv is a tool to create isolated Python environments. virtualenv creates a folder which contains all the necessary executables to use the packages that a Python project would need. This is useful in my situation as I had various versions of Python 3 installed on my CentOS server and I wanted to ensure Python 3.7.3 was being utilized exclusively for the CSE installation while not effecting other services running on the server utilizing Python3.

The first thing we need to do is install (and compile) Python 3.7.3 on our CentOS server.

We’ll need some development packages and the GCC compiler installed on the server:

END_OF_DOCUMENT_TOKEN_TO_BE_REPLACED

If you read up on my recent blog post regarding RBAC in the new release of VMware’s Container Service Extension for vCloud Director, you may have noticed that I mentioned a follow-up post regarding the steps required to add an Enterprise PKS controlled vCenter Server to vCloud Director. I wanted to take a little bit of time to go through that process as it’s a relatively new workflow.

First of all, in our lab deployment, we are using an NSX-T backed vSphere environment to provide networking functionality to the Enterprise PKS deployment. As you may know, NSX-T integration is fairly new in the vCloud Director world (and growing every day!). With this in mind, the process of adding the vSphere/NSX-T components into vCD are a little bit different. Let’s have a look at the workflow for creating a Provider Virtual Datacenter (PvDC) that will support our tenant using CSE to provision Enterprise PKS kubernetes clusters.

The first point to note is that we can only add a vSphere environment backed by NSX-T in the HTML5 admin portal in the current release of vCD (9.7 at the time of writing). Let’s navigate to https://vcd-director-url.com/provider and login: 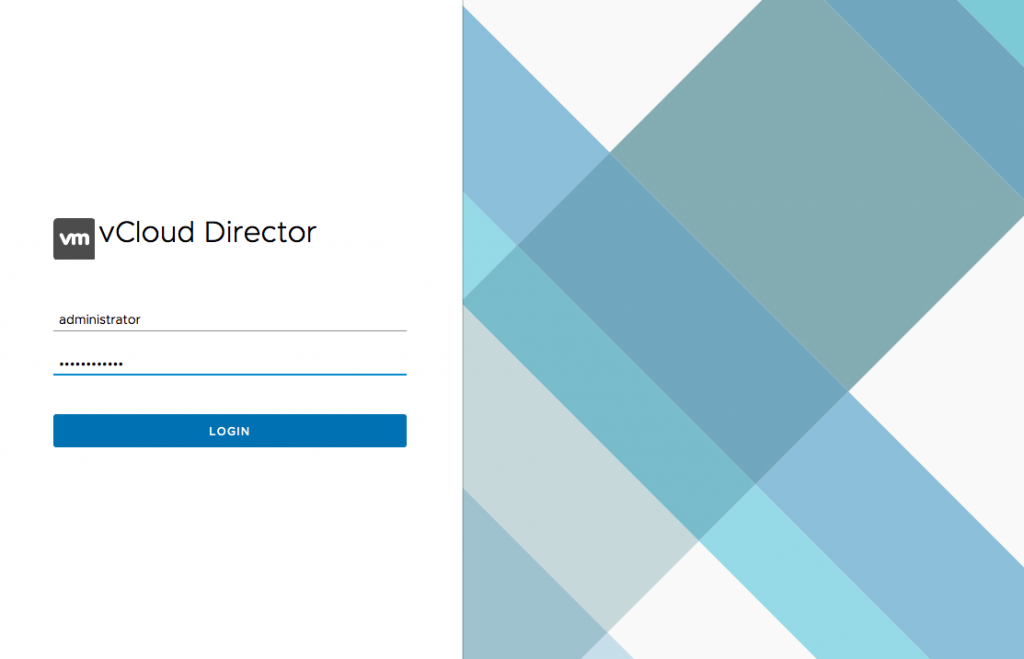 END_OF_DOCUMENT_TOKEN_TO_BE_REPLACED

In case you haven’t heard, VMware recently announced the general availability of the Container Service Extension 2.0 release for vCloud Director. The biggest addition of functionality in the 2.0 release is the ability to use CSE to deploy Enterprise PKS clusters via the vcd-cli tool in addition to native, upstream Kubernetes clusters. I’ll be adding a blog post shortly on the process required for enabling your vCD environment to support Enterprise PKS deployments via the Container Service Extension.

Today, we are going to talk about utilizing the RBAC functionality introduced in CSE 1.2.6 to assign different permissions to our tenants to allow them to deploy Enterprise PKS (CSE Enterprise) clusters and/or native Kubernetes clusters (CSE Native). The cloud admin will be responsible for enabling and configuring the CSE service and enabling tenant admin/users to deploy CSE Enterprise or CSE Native clusters in their virtual datacenter(s).

END_OF_DOCUMENT_TOKEN_TO_BE_REPLACED

Recently, while testing the new Container Service Extension 2.0 Beta release, I found myself needing a quick (and easily replicable) instantiation of vCloud Director in my lab environment. Being this needed to be deployed in my lab environment, I wanted to do this while using the least amount of resources and virtual machines possible to keep things simple. I decided to deploy a single CentOS virtual machine that housed the postgresdb, rabbitmq server (for my subsequent deployment of CSE), and the actual vCD server itself. I also decided to deploy using a single network interface to keep things simple.

Before we get started, I want to lay out some assumptions I’ve made in this environment that will need to be taken in consideration if you’d like to replicate this deployment as documented:

I’ve configured a CentOS 7.6 server with 4 vCPU, 8GB of memory and a 20GB hard drive. After installation of my OS, I verify the configuration stated above and update my server to the latest and greatest:

END_OF_DOCUMENT_TOKEN_TO_BE_REPLACED

Well, here we are. Welcome to mannimal.blog!!

This space will serve as a place to publish some best practices around solution design for cloud providers looking to build modern platforms based on VMware technology.

But before we get into that, I wanted to give a little background on myself. My name is Joe Mann and I am a Staff Cloud Solutions Architect at VMware. I cover the VMware Cloud Provider Program (VCPP) with a focus on cloud native technologies. I spent the last 7 years of my career as a Solutions Architect at Red Hat covering the Red Hat Cloud and Service Provider Program. As you can tell, my focus in this space has been helping cloud and service providers build modern infrastructure to support their customers’ ever-evolving needs.

Stay tuned for some upcoming posts that will focus on vCloud Director install and config as well as a look at the 2.0 Beta release of the Container Service Extension. Thanks for stopping by!!

Connect with me on LinkedIn